Ways to Add Turmeric to Your Daily Diet 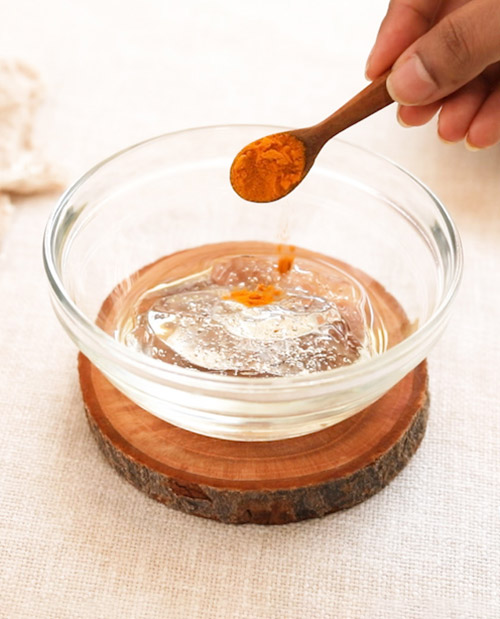 Traditionally called “Indian saffron” because of its deep yellow-orange color, turmeric has been used since ages as a condiment, healing remedy and textile dye.

Turmeric better known as Haldi is grandma’s recipe when it comes to fighting cold, cough as well as restoring beauty and health. That is why you will find a turmeric-filled container in the cupboard of almost every Indian kitchen. Whether in making flavorsome curries or giving foods a mustard look, the superfood turmeric is as important as putting salt in food.

Eat & Drink Turmeric
But there are other uses of it that might not have hit your imagination. Read some of the areas, besides its medicinal properties, where turmeric is finding new usage and application areas. You will surely love trying it out in your free time.

vises adding turmeric to food whenever possible. “Raw is best,” she said. “Sprinkling it on vegetables or mixing it into dressings is quick and effective. In fact, rubbing turmeric on meat and putting it into curries and soups is inexpensive, mild in taste, and benefits every system in the body,” Kling says.

Adding this powerful plant to your diet is one of the best things you can do for your long term health.

This website uses cookies to improve your experience. We'll assume you're ok with this, but you can opt-out if you wish. Accept Read More