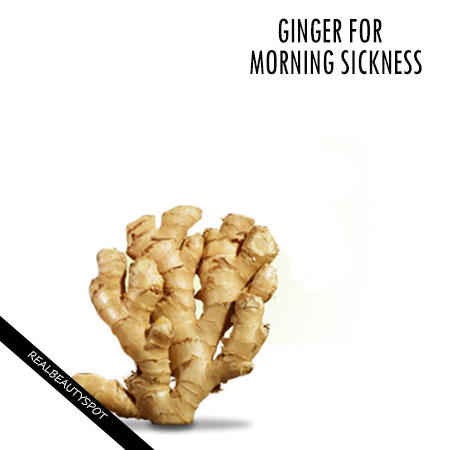 Ginger is a spicy herb with many therapeutic benefits and so it has been used since centuries to cure many health problems. It can cure cold, stomach problems, indigestion, flu, etc. including nausea or morning sickness.

The natural compounds in this root calms down the vomiting sensation especially during pregnancy.

How Much Can Be Consumed?

Like you know that ginger cures nausea or morning sickness, you should also know how much ginger should be taken cure the same. In four double-blind randomized studies made on pregnant women were treated with ginger to cure morning sickness and vomiting in which 1 gram was given every day. This dose was divided into four, i.e., 250mg per dose given four times a day for three weeks. This single dose of the day is equivalent to ½ teaspoon of ginger powder. It is advised to take a gram of ginger root every day to treat nausea.

If your nausea symptoms are severe then ginger powder can treat this and provide some relief. However we don’t like the taste of ginger and so prefer medication over this. You need not take it directly but you can try it in many ways. There are many recipes to try and take the way you like it. If you want better and faster results, then take 1 tablespoon of this power instead of half teaspoon. Note that it was mentioned to take ½ teaspoon but now 1 tablespoon is recommended. Ginger is a natural ingredient which can’t harm you like your tablets; it can’t harm unless taken too much. 1 tablespoon is absolutely fine to take while half teaspoon is the minimum quantity required to cure nausea.

How to Use It?