The era of land line phones has come to an end. We now own our individual mobile phones, or should I say just smart phones? Smart phones are on a rise and you can see every finger tapping on the screen of a smart phone! The days when cell phones could survive for a week on a single charge are dead and gone in this era of increasing technology. Today’s phones do more than just making a phone call! They are pocket sized computers whose features list would go beyond the word limit of this article! 😛 Unfortunately, the battery duration on most smart phones has yet to catch up with the high battery consumption! 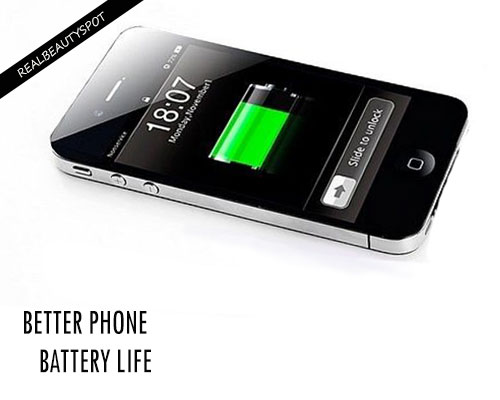 Here’s the guide to making your battery last longer. Just follow these easy steps when you feel you might run out of the battery or otherwise too:
(1) Bluetooth and Wi-Fi are power hungry features. Disable them when they are not in use.
(2) You may switch off the vibrate function and consider switching off the key tones too. You can also set your ringtones to low volume to save that extra juice out of your battery.
(3) Avoid using flash mode to save the battery which might be draining out.
(4) Decrease the screen brightness to at least 50% which is acceptable for the eye.
(5) Apps consume battery power as long as they are open. Shut apps down if they are not in use, including non-essential apps which might be running in the background. You may download ‘Wakelock Detector’ as a great way for android users to check out individual app usage statistics.
(6) Playing games, watching a movie/video, scrolling through pictures and cruising the internet will all such up the battery power. When you know your phone’s battery is on the verge of dying, stop all these activities.
(7) Your phone will continually search for signals in areas with poor reception. Either turn the phone off or switch to airplane mode in dead zones.
(8) Avoid placing unwanted strain on your battery by charging it before it fully discharges of it power.
(9) Don’t leave your phone in your hot car or anywhere with hot temperatures. There is an optimum temperature for the proper functioning of your cell battery.
(10) Turn off the GPS tracking when not in use.
(11) Turn off notifications and syncing when not in use.
(12) Avoid using animated background images or wallpapers. They not only eat up the battery but also make your phone slow and prone to frequent hangs.
(13) You may also turn off the phone’s backlight which eats a lot of battery power.
(14) Purchase an external phone battery. It can’t hurt to have a backup battery when everything else fails!