Hair removal is a top concern these days. Facial hair and body hair is something all girls want to get rid of! Light facial and body hair is acceptable but there are some girls who have prominent facial hair and need waxing /threading/bleaching in regular terms to maintain hair-free look. Waxing or sugaring is an easiest way to get rid of hair and remain hair-free for longer. All the salons offer waxing while most salons now have sugaring as well. Sugaring is nothing but waxing done by using cooked sugar+ lemon paste unlike waxing that uses synthetic wax. Here is a comparison between both the methods: In sugaring, natural wax is used which is made by combining water, sugar and lemon. It is cooked until well combined then cooled a bit before using. Waxing is done by using synthetic wax that you get in stores and can also contain synthetic colours, fragrances and other ingredients that can be irritating to the skin. Sugaring – Sugar Wax Hair Removal at home

Sugaring is always regarded hygienic as compared to waxing. Sugaring wax contains high amount of sugar which does not allow bacteria build up and hence less chances of skin irritation or infections. In case of waxing, the wax heaters and wax itself is a breeding ground for bacteria.

Sugaring and waxing have very different after-effects. Waxing is harsh while sugaring is comparatively gentler. As a result, you won’t have bumps, redness, inflammation, poky skin, white dots or itching when you do sugaring unlike waxing! Sugaring makes your skin soft and smooth.

Sugaring is a method that removes very fine and smallest of the hair which is not the case with waxing. Sugaring can remove hair even after 2 weeks if growth (1/8th of hair length) while waxing needs 1/4th of the hair growth.

Sugaring is always a good option over waxing since it is gentle, comparatively less painful, and is a non-irritant. Sugaring is something you can easily do at home too with natural ingredients and you don’t even need waxing strips.

HAIR MYTHS YOU SHOULD STOP BELIEVING 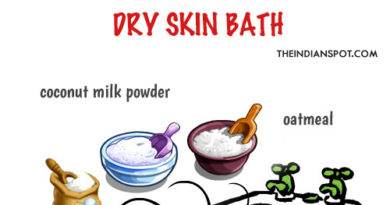