India’s Ayurvedic traditions are known worldwide. One of the Ayurvedic beverages, Chai Tea too is very much well known. Chai tea is what you need when you are craving for something warm, tasty and healthy. Though there are a lot of debates over chai tea being healthy or not keeping in mind its caffeine content. Simple black tea is high in caffeine while the traditional Indian Chai Tea is loaded with Indian spices that have tremendous health benefits and can actually boost your immunity. 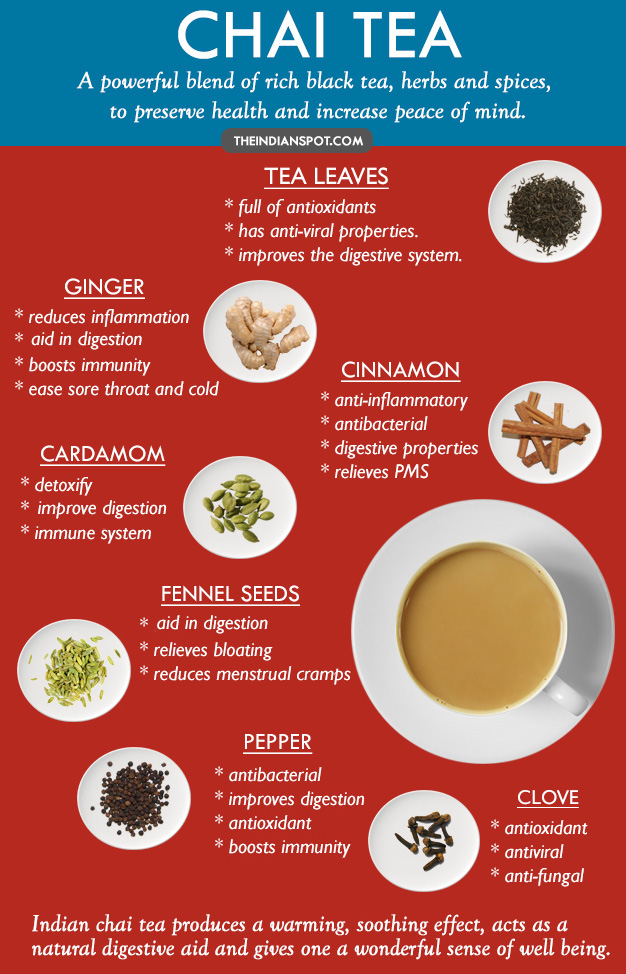 Here are the benefits of spices included in Chai Tea so that you know whether it is good for you:

Note: The traditional chai tea has 5 spices namely cardamom, ginger, fennel, peppercorns and cinnamon. Although, there are many other spices that can used according to your taste preferences. Masala chai tea recipe.

Chai tea is great in nutrient rich ingredients and they have various health benefits.  Having chai tea in moderate quantities provides you with much needed beneficial compounds that are good for health and caffeine too won’t have negative effects.

** Many chai tea brands include a lot of different herbs in chai tea which can cause side effects. These herbs and spices in chia tea can interact with modern medicines. Therefore, if you are pregnant or take medications, it is a good idea to consult your doctor.