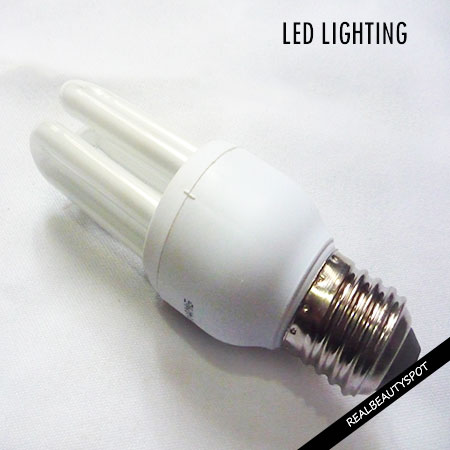 You certainly hear and read a lot about the advantages and benefits of the energy efficiency of LED light emitting diodes vs traditional lighting.

When you compare them to other energy-saving illumination methods that are available on the market today, you will find that LED lighting is by far the most power-saving and smart solution. LED (Light Emitting Diodes) are the latest and most exciting technological advancement in the lighting industry.

A low-voltage power supply is sufficient for LED illumination. This makes it easy to use LED lighting also in outdoor settings, by connecting an external solar-energy source and is a big advantage when it comes to using LED technology in remote or rural areas.

LEDs are extremely energy efficient and consume up to 90% less power than incandescent bulbs. Since LEDs use only a fraction of the energy of an incandescent light bulb there is a dramatic decrease in power costs. Also, money and energy is saved in maintenance and replacement costs due to the long LED lifespan.

LEDs are solid state lighting devices that utilize semiconductor material instead of a filament or neon gas. An LED light is a tiny chip encapsulated in an epoxy resin enclosure, which makes LEDs far sturdier than traditional incandescent light bulbs or fluorescent tubes. Since LEDs don’t use fragile components such as glass and filaments, LEDs are able to withstand shock, vibration and extreme temperature.

Improved safety may be LED’s most important benefit. LED lights generate virtually no heat therefore they are cool to the touch and can be left on for hours without incident or consequence if touched. LED’s produce 3.4 btu’s/hour, compared to 85 for incandescent bulbs. In comparison, incandescent lighting expels 90% of the energy it consumes via heat, making the bulbs hot to the touch. LEDs reduce the potential for safety risks such as burns and fires.

LED lights brighten up immediately when powered on, which has great advantages for infrastructure projects such as e.g traffic and signal lights. Also, LED lights can switched off and on frequently and without affecting the LED’s lifetime or light emission. In contrast, traditional lighting may take several seconds to reach full brightness, and frequent on/off switching does drastically reduce operational life expectancy.

LEDs can be combined in any shape to produce highly efficient illumination. Individual LEDs can be dimmed, resulting in a dynamic control of light, colour and distribution. Well-designed LED illumination systems can achieve fantastic lighting effects, not only for the eye but also for the mood and the mind.
LED mood illumination is already being used in airplanes, classrooms and many more locations and we can expect to see a lot more LED mood illumination in our daily lives within the next few years.

LED illumination produces little infrared light and close to no UV emissions. Because of this, LED lighting is highly suitable not only for goods and materials that are sensitive to heat due to the benefit of little radiated heat emission, but also for illumination of UV sensitive objects or materials such a in museums, art galleries, archaeological sites etc.

LED lights are offered in a variety of base colours such as Red, Green, Blue and Amber. Because traditional incandescent light bulbs use filters to produce colours, they are extremely inefficient. LEDS can be blended together to produce millions of colour options.

Price is really the only problem with LED light bulbs right now. But that could change pretty soon. So, invest in an LED bulb considering its benefits!