While it may have a powerful name, there’s really not much to this cleanse that would suggest it’s mastering anything in regards to your body. The core of the cleanse is as simple as drinking a lemonade concoction and fasting for a length of time. If you’ve been contemplating trying the Master Cleanse there are a few things you should keep in mind before taking the plunge. Here are some of the frequently asked questions about master cleanse and facts: 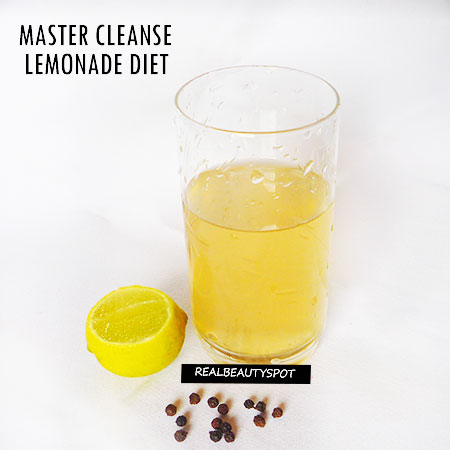 What is the Master Cleanse diet recipe?

One serving: 10 ounces filtered water, one tenth of a tsp. of cayenne pepper, 2 tbsps of organic grade B maple syrup, 2 tbsps organic lemon juice. Mix it all up and drink it down. You can make enough to get you through the day, but it’s not recommended to make multiple days in a row all in one batch.

When does the Master Cleanse start working?

On the first day of drinking only the lemonade and not eating any food, most people say that they feel lighter and have more energy. This is because you’ve stopped the flow of food into your body, so you really are now emptier, and your body has been focusing on the food you’ve already eaten, and getting that out of your system.

Is the Master Cleanse supposed to be spicy?

Will the Master Cleanse work if i eat?

No. The major cause of all the effects of the cleanse is that you’re not eating regular food. Drinking lemonade on top of eating a regular diet is not going to get you the sort of benefits that not eating would.

Is the Master Cleanse starving yourself?

You are basically starving yourself, and the syrup is designed to help curb the symptoms that usually accompany a starvation diet.

Is the Master Cleanse safe while pregnant or breastfeeding?

The Master Cleanse is not recommended during these times, as your baby needs to be nourished both during and after pregnancy. Once you are finished breastfeeding you might consider the cleanse to help with getting rid of the baby weight.

Does the Master Cleanse mess up your metabolism?

If you conduct the cleanse the right way, gradually entering and exiting it, there shouldn’t be any harm done to your metabolism. It should slow while you’re on the cleanse, because you’re basically fasting. But once you resume to eating whole foods again it will speed back up. It’s not as if your metabolism gets wrecked permanently by temporary changes to your diet.

Does the Master Cleanse give you headaches?

One of the reported symptoms of the Master Cleanse is headaches. This is to be expected as you’ll be tampering greatly with the amount of food you’re eating, or not eating in this case. The lemonade is supposed to help with these sort of symptoms, so make sure that you are consuming enough of it at the suggested times.

Can you do the Master Cleanse without cayenne pepper?

The cayenne pepper is presented as a major reason for why the cleanse works. Since there are very few components to this cleanse, it’s important to make sure to include all of the ingredients and follow it to the letter. You’d likely get fewer results without the pepper.

How Does the Master Cleanse lemonade work?

The lemonade is really the crux to the whole cleanse. It’s a simple enough concoction, just water, lemon juice, maple syrup, and cayenne pepper. The lemon juice is meant to have a cleansing effect, the syrup is there to sustain you since you won’t be eating any food, and the cayenne pepper is said to be able to stimulate your internal organs so that they can function at more optimal levels. All combined, these are supposed to cause the magic to happen, leading to the positive feedback the cleanse gets.

There aren’t many doctors that get behind this cleanse as a legitimate way to detox the body or cleanse it of any impurities. The overall feeling regarding fasting as a way to lose weight is that it can be dangerous when stretched out to several days as is recommended by the official version of the cleanse. In fact, most medical experts recommend against doing this cleanse, and point out many potentially risky factors involved.